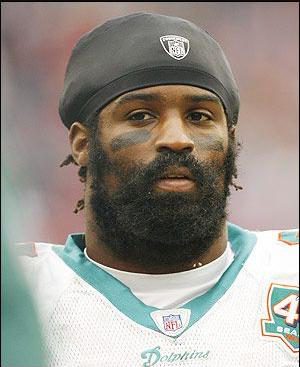 Ricky is alive and kicking and is currently 45 years old.
Please ignore rumors and hoaxes.
If you have any unfortunate news that this page should be update with, please let us know using this .

NFL running back Ricky Williams just retired following his 2012 season with the Ravens. Pamphilon first met Ricky in 1998 doing a feature on him about coming back for a senior season at Texas. He went on to spend more then six years shooting Ricky for what became his film Run Ricky Run. Serendipitously his many years spent with Ricky set up the foundation for this film. Through Ricky, Sean first met and interviewed Kyle Turley in 2004. At that time he also met journalist Mike Silver and it was Ricky who encouraged Pamphilon contact Sean Morey regarding the issue of concussions in football.