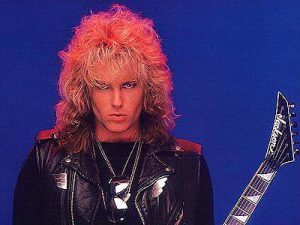 Robbin passed away on June 6, 2002 at the age of 42 in Los Angeles, California. Robbin's cause of death was heroin overdose.

Robbinson Lantz "Robbin" Crosby was an American guitarist who was a member of glam metal band Ratt, earning several platinum albums in the US in the 1980s. Crosby died from a heroin overdose in 2002.