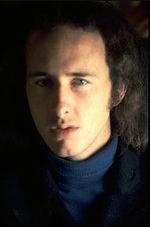 Robby is alive and kicking and is currently 76 years old.
Please ignore rumors and hoaxes.
If you have any unfortunate news that this page should be update with, please let us know using this .

Does Robby Krieger Have the coronavirus?

Robert Alan "Robby" Krieger is an American rock guitarist and singer-songwriter best known as the guitarist in the Doors. Krieger wrote or co-wrote many of the band's songs, including the hits "Light My Fire", "Love Me Two Times", "Touch Me", and "Love Her Madly". After the Doors disbanded, Krieger continued his performing and recording career with other musicians including former Doors band mate Ray Manzarek.