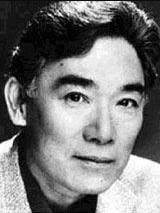 Robert is alive and kicking and is currently 91 years old.
Please ignore rumors and hoaxes.
If you have any unfortunate news that this page should be update with, please let us know using this .

Robert Ito (born July 2, 1931) is a Canadian-born voice, television, and movie actor of Japanese descent who is perhaps best known to television viewers for his roles as Sam Fujiyama on the NBC-TV series Quincy, M.E. and Lawrence 'Larry' Mishima on the CBS-TV night time soap opera series Falcon Crest.