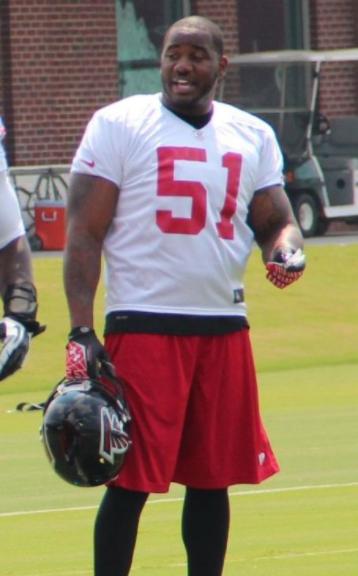 Robert James Raymond is alive and kicking and is currently 40 years old.
Please ignore rumors and hoaxes.
If you have any unfortunate news that this page should be update with, please let us know using this .

Robert William James (born December 26, 1983) is an American football linebacker who is currently a free agent. He was drafted by the Atlanta Falcons in the fifth round of the 2008 NFL Draft. He played college football at Arizona State.