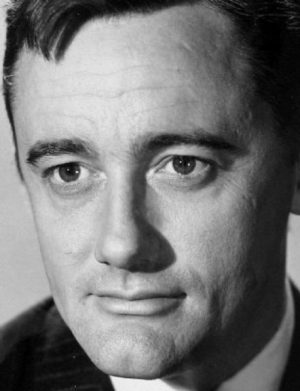 Robert Francis Vaughn is an American actor noted for his stage, film and television work. His best-known TV roles include suave spy Napoleon Solo in the 1960s series The Man from U.N.C.L.E.; wealthy detective Harry Rule in the 1970s series The Protectors; and formidable General Hunt Stockwell in the 5th season of the 1980s series The A-Team. In film, he portrayed one of the title characters in The Magnificent Seven, Major Paul Krueger in The Bridge at Remagen, the voice of Proteus IV, the computer villain of Demon Seed, Walter Chalmers in Bullitt, Ross Webster in Superman III, and war veteran Chester A. Gwynn in The Young Philadelphians which earned him a 1960 Academy Award nomination for Academy Award for Best Supporting Actor.