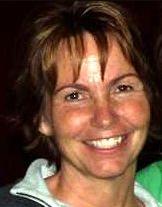 Robin is alive and kicking and is currently 66 years old.
Please ignore rumors and hoaxes.
If you have any unfortunate news that this page should be update with, please let us know using this .

As any normal 12 year-old girl, Robin wanted boys to notice her. When the boys played pinball, she wanted to play pinball, but when the boys played pool, she didn`t know how to play. But that meant they weren`t paying attention to her, so she learned to play. After some time, the owner of Westminster Family Billiards noticed the raw talent that she exhibited. He began to explain some basics, and gave her pointers to improve her game. A local pool player came in the room one day and saw Robin practicing. He asked her if she wanted to play in the California Women`s State Championship. Robin said no but he still encouraged her to play, and offered to pay her $5 entry fee. She decided to go. At 16 years old, she won the title, her first trophy, $100, and a berth into the U.S. Open Championship. She couldn`t afford to go to the event, but she was quite happy with her accomplishment. Robin continued to play in different poolrooms and started running with the wrong crowd. Through that association she was introduced to drugs. She began using her talent in pool as a way to win money to fund her drug habit. Her habit soon progressed to hard drugs -- heroin.When she was 17, Robin got pregnant. She quit all drugs while she carried her baby, but the minute after she gave birth; she was ready to party. For the next three years, she plunged deeper into drugs.Then one day, she looked around at where she lived, thought about what she was doing, and fell to her knees. "God, if you`re real, help me," Robin pleaded.Soon after, a friend told her about a Christian outreach called The Harvest House, a live-in home for women. She called the leader, Helen, and said she really wanted to turn her life around. Helen welcomed her and her son in. She began a regimen of studies, chores and meetings, but from 3:00 PM - 5:00 PM she had free time. Like a true addict, she would call a drug dealer and go out to get wasted. She hated herself for doing it, and confessed it to Helen. She was put on restriction for three months, and was not allowed to leave alone.The empty void in her heart that she once filled with drugs began filling up with the true love of Jesus. She read the Bible everyday, and went to church. One night in her room the thought crossed her mind, "Wouldn`t you like to go out and get loaded right now?" "No," she answered truthfully, "No, I wouldn`t." And a small voice inside her said, "Did you hear what you just said?" She laughed aloud with the joy that she felt.Robin began to wonder what to do with the rest of her life. As she was reading a verse in Ezekiel, it spoke to her heart. "I`m not sending you to some far off foreign land where you can`t understand the language...I am sending you to the people of Israel." She felt like God was saying, "I`m sending you back to the people you know!" But Robin wondered where?Robin was asked to meet with kids in Juvenile Hall. When she arrived, they were playing cards, and pool. Nobody noticed that she was there until she approached the pool table. "How `bout a game?" she asked the tough kid. She hadn`t played in 2 1/2 years, and didn`t know what to expect. She broke the balls and fired them into the pockets for three racks without missing, and had every kid`s attention. She laid her cue on the table, and turned around to announce it was time for a Bible study!Robin began thinking about playing pool again. One night at a bible study, she was asked what she was going to do with her life and she answered, "God is going to have me play pool for him!" Everyone laughed, but the pastor, Steve Mays said, "Robin, just remember me when you`re the World Champion."In 1990, that prophecy came true as Robin became the World Champion and again in 1991. She has been the #1 ranked player, and has won every title available in the professional world of pool. She continues her walk daily with the Lord.