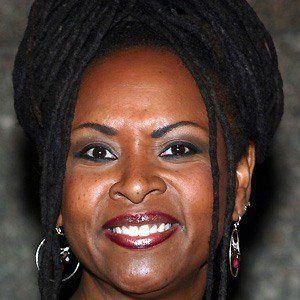 Robin is alive and kicking and is currently 69 years old.
Please ignore rumors and hoaxes.
If you have any unfortunate news that this page should be update with, please let us know using this .

Does Robin Quivers Have the coronavirus?

Robin Ophelia Quivers is an American radio personality, author, and actress, best known for being the long-running news anchor and co-host of The Howard Stern Show.
n 1990, she underwent breast reduction surgery. In June 2007, Quivers began a strict vegan diet, which she says helped to increase her energy and helped her to lose 60 pounds (27 kilograms) over a six-month period. Quivers was set to release a book about her experiences as a vegan in March 2013, but it was pushed back to October.

In August 2007, comedian Jim Florentine asked Quivers on the air to go on a date with him. Due to the attention this garnered, Quivers became tight-lipped about the topic. On July 28, 2008, Quivers announced on the radio show that she and Florentine had ended their relationship. She stated that the breakup was amicable, that Florentine was "genuine and honest", and that he was the one who initiated the breakup.
Quivers announced in May 2012 that she needed to have surgery to remove a tumor from her bladder. Shortly afterward, she continued to provide commentary for the show from her New York home via an ISDN line. Stern stated that Quivers was such an instrumental part of the show that he would quit radio if he ever lost her as a partner. On September 9, 2013, Quivers announced that her cancer was in complete remission after successful surgery, radiation, and chemotherapy. After seventeen months, Quivers returned to the studio on October 2, 2013. Quivers' official diagnosis was stage 3C endometrial cancer.