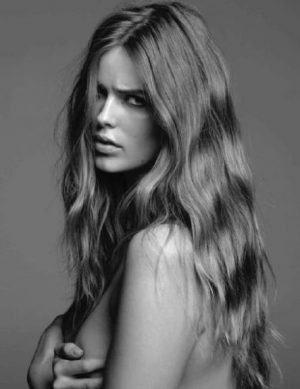 Robyn is alive and kicking and is currently 33 years old.
Please ignore rumors and hoaxes.
If you have any unfortunate news that this page should be update with, please let us know using this .

Does Robyn Lawley Have the coronavirus?

Chris's information is not available now.

Janne's information is not available now.

Robyn Lawley is an Australian model from the western suburbs of Sydney, Australia. She is best known as one of three cover models of Vogue Italia's June 2011 issue, the second plus-size model to cover Elle France, the first plus-size model to be shot for Australian Vogue and GQ Australia and the first Australian plus size model to be on the cover of Australia Cosmopolitan. She has worked with notable photographers including Greg Kadel, Kenneth Willardt, Rankin, Raphael Mazzucco and Steven Meisel. She is also notable for being the first plus-size model to appear in a campaign for Ralph Lauren. She was the first model for Mango's line Violeta by Mango. Lawley's first beauty campaign was Barneys New York Holiday 2013. Robyn's swimwear line, in sizes 8 to 18, launched in August 2013. Robyn was voted the winner of the Australian Cosmopolitan Fun, Fearless Female, Rising Star Award 2011. Robyn was also selected for Sydney Magazine's Top 100 Most Influential People of the year award for 2011. In June 2013, Robyn was awarded Model of the Year during the Full Figured Fashion Week. Lawley has written two articles on body image for The Daily Beast. Robyn released a cookbook in 2014, Robyn Lawley Eats. In 2015, Robyn became Sports Illustrated's first plus-sized model to be featured in the magazine's annual Swimsuit Issue.