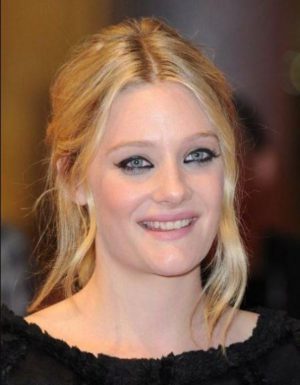 Romola is alive and kicking and is currently 39 years old.
Please ignore rumors and hoaxes.
If you have any unfortunate news that this page should be update with, please let us know using this .

Does Romola Garai Have the coronavirus?

Romola Garai's father, Adrian, died on January 11, 2002 as he was 51 years old. His cause of death was ovarian cancer.

Janet's information is not available now.

Born in Hong Kong to father Adrian (banker) and mother Janet (journalist), Romola Garai's unusual name is the female version of Romolo, an Italian name for boys (from Latin Romulus, the founder of Rome). She grew up in Singapore and Hong Kong until she was eight when her family returned to lay roots in Wiltshire. At sixteen, she left her parents and youngest sister, Roxy, to live in London with her older sister, Rosie, and attend school at City of London's School for Girls, where her major studies were based on theatre. She got her beginnings as a professional actress when she was spotted in a school production by a casting director looking for girls to play Judi Dench in the ITV drama The Last of the Blonde Bombshells (2000). After that role, she went on with her studies, eventually enrolling in University of London where she read English, planning to become a journalist like her mother once was. But after offers for other roles began to come in, she deferred her degree and eventually quit altogether to focus more on her acting career. Romola went on to film Daniel Deronda (2002), I Capture the Castle (2003), Nicholas Nickleby (2002), Dirty Dancing: Havana Nights (2004) and Vanity Fair (2004) with Reese Witherspoon. Not to mention her role in the West End play by Michael Hastings, Calico as Lucia Joyce for which she was nominated Outstanding Newcomer by the Evening Standard Theatre Awards.