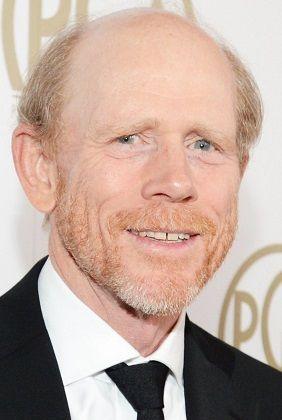 Ron is alive and kicking and is currently 68 years old.
Please ignore rumors and hoaxes.
If you have any unfortunate news that this page should be update with, please let us know using this .

Does Ron Howard Have the coronavirus?

Ron Howard's father, Rance Howard, is still alive and kicking at the age of 93. He is American and has had a career as a actor.

Ron Howard's mother, Jean Speegle Howard, died on September 2, 2000 as she was 73 years old. Her cause of death was complications of heart and respiratory illnesses.

Ron Howard is an American director who was born on March 1, 1954. Howard is best known for playing two high-profile roles in television sitcoms in his youth and directing a number of successful feature films later in his career.
Before leaving Happy Days in 1980, Howard made his directing debut with the 1977 low-budget comedy/action film Grand Theft Auto. This came after cutting a deal with Roger Corman, wherein Corman let Howard direct a film in exchange for Howard starring in Eat My Dust!, with Christopher Norris. Howard went on to direct several TV movies. His big theatrical break came in 1982, with Night Shift, featuring Michael Keaton, Shelley Long, and Henry Winkler.

Howard took over directing duties on Solo: A Star Wars Story, a film featuring Star Wars character Han Solo in his younger years. The film was released on May 23, 2018. Howard officially replaced directors Phil Lord and Christopher Miller on June 22, 2017; they were let go from their position two days earlier, reportedly due to their refusal to compromise with Lucasfilm over the direction of the film; reportedly the directors encouraged significant improvisations by the actors, which was believed by some at Lucasfilm to be "shifting the story off-course". At the time, the film was nearly completed, with three and a half weeks left to film and another five weeks of reshoots scheduled. Howard posted on Twitter, "I'm beyond grateful to add my voice to the Star Wars Universe after being a fan since 5/25/77. I hope to honor the great work already done & help deliver on the promise of a Han Solo film."
Howard married writer Cheryl Alley (b. 1953) on June 7, 1975. They have four children: daughters Bryce Dallas Howard (b. 1981) (who has earned her own acting status in films), twins Jocelyn Carlyle and Paige Howard (b. 1985) (like her father and older sister, Bryce, Paige is also an actor), and son Reed Cross (b. 1987).