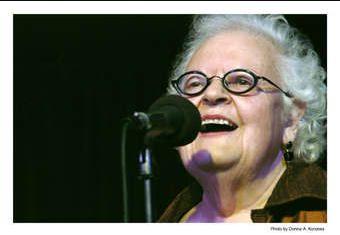 Ruth Alice "Ronnie" Gilbert (September 7, 1926 – June 6, 2015) was an American folk singer, songwriter, actress and political activist. She was one of the original members of the music quartet the Weavers, as a contralto with Pete Seeger, Lee Hays, and Fred Hellerman.