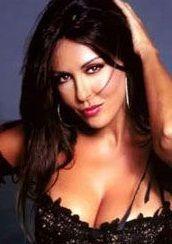 Sabrina is alive and kicking and is currently 58 years old.
Please ignore rumors and hoaxes.
If you have any unfortunate news that this page should be update with, please let us know using this .

Daughter of the former speaker of the Italian Communist Party's delegation at the Lazio's Regional Council, Sabrina Ferilli never kept secret her leftism. Firm and stubborn, she did not care about the first unsuccessful attempts to come on to the stage. Her stubbornness was rewarded in the 1990, when she got a part in the Alessandro D'Alatri's film Americano rosso (1991). From that moment her success never ended. She lives with their two pets, a kitten and a tiny dog. Since she loves her privacy, she does not like to talk about their love affairs. She is also a big AS Roma's (Football Team) fan: she launched the official presentation of the team, in the summer of the 1999, at the Olympic Stadium, and she is a member of the AS Roma's Fans Council (a consultive board composed by famous Roma's fans like the actor Alberto Sordi). Typical Italian beauty - she also made an advertising campaign for a famous Spaghetti brand - a recent poll (in which Italian males from 15 to 34 yrs. were asked for to indicate one of the famous Italian women they would love) stated that Sabrina Ferilli is the most loved Italian woman.