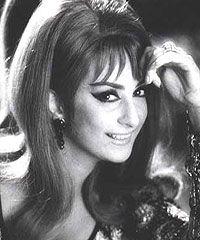 Saira is alive and kicking and is currently 78 years old.
Please ignore rumors and hoaxes.
If you have any unfortunate news that this page should be update with, please let us know using this .

Saira Banu (Hindi: साइरा बानु, Urdu: سائرہ بانو‎, born 23 August 1944), also known as Saira Bano, is an Indian Bollywood actress and the wife of the film actor Dilip Kumar. She acted in many Bollywood films between 1961 and 1980.
Saira Banu was born in India to actress Naseem Banu, and film producer Mian Ehsan-ul-Haq, who produced the film Phool in Mumbai and the film Wadah in Pakistan. Her maternal grandmother was the courtesan Chamiyan Bai, also known as Shamshad Begum of Delhi (not to be confused with the famous playback singer of yesteryear Shamshad Begum who was from Amritsar, Punjab). Her niece is former actress Shaheen Banu, who is the daughter of her brother Sultan.

Saira Banu married actor Dilip Kumar in 1966. Saira Banu was the third highest paid actress in Hindi Cinema from 1963 to 1969 and the fourth highest paid actress from 1971 to 1976. Actress Shaheen is her niece. She is Saira Banu's brother's (Sultan Ahmed's) daughter.
Her husband Dilip Kumar revealed in his 2014 memoir "Dilip Kumar: The Substance and the Shadow" that she became pregnant in 1972 with their son, but that she developed high blood pressure in her eighth month of pregnancy and the doctors couldn't save the baby, which had been strangulated by the umbilical cord. After that, they never had children, believing that it was God's will.