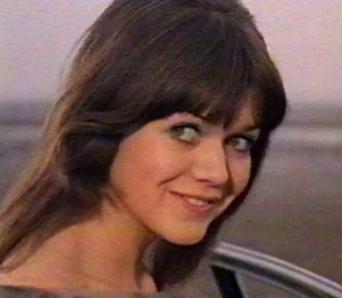 Sally is alive and kicking and is currently 72 years old.
Please ignore rumors and hoaxes.
If you have any unfortunate news that this page should be update with, please let us know using this .

Sally Ann Geeson (born 23 June 1950 in Cuckfield, West Sussex, England) is a British actress with a career mostly on television in the 1970s. Her most famous role was as Sid James` daughter, Sally, in Bless This House. The series was one of the first in colour in the UK; indeed the first seven episodes of Series One were in black and white. Her character was only 16 at the start despite the fact Geeson herself was in her early 20s.
She appeared in Carry On Abroad and Carry On Girls; she also starred alongside Norman Wisdom in the film What`s Good for the Goose in 1969.

She retired from acting when Bless This House ended in 1976 after the death of James, and later took up a career in teaching. Her sister, Judy Geeson, is also a very successful actress. She has two children, Barney and Hayley, by Fifteen to One presenter William G. Stewart, who also directed and produced Bless This House. She later married Richard Lewis, an estate agent and the son of an eminent Scottish Paediatric Anaesthetist. They have a son called Christopher. She lives in Surrey.
Geeson was the second wife of television personality William G. Stewart. She later took up a career in teaching. She has three children called Barney, Hayley and Christopher. Her sister, the actress Judy Geeson, lives in Hollywood.
In December 2014 through January 2015, Geeson played the Good Fairy at Theatre Royal Windsor in their panto Beauty And The Beast. The show broke all box office records for the theatre.