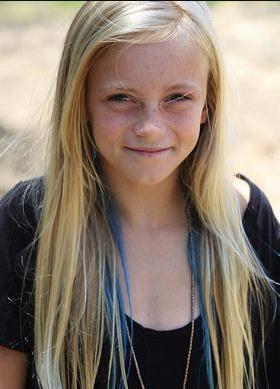 Samantha is alive and kicking and is currently 25 years old.
Please ignore rumors and hoaxes.
If you have any unfortunate news that this page should be update with, please let us know using this .

Does Samantha Hart Have the coronavirus?

Samantha Hart's father, Leslie Gilliams, is still alive and kicking at the age of 64. He is American and has had a career as a film/tv producer.

Samantha Hart's mother, Paula Hart, is still alive and kicking at the age of 66. She is American and has had a career as a producer.

Samantha Hart was born on November 13, 1996 in New Jersey, as Samantha Leslie Gilliams. She is an actress, known for Child Star: The Shirley Temple Story, Grounded and All of Us (2003).Born at Northridge HospitalIn Child Star: The Shirley Temple Story, she played Shirley at 3 and her half-sister Emily Hart played Shirley as a teen.Daughter of Paula Hart and Leslie GilliamsYounger half-sister of Trisha Hart, Melissa Joan Hart, Elizabeth Hart, Brian Hart and Emily Hart.Younger sister of Alexandra Hart-Gilliams and older sister of Mackenzie Hart.Aunt of Mason Walter Wilkerson, Braydon Hart Wilkerson, Chris Savage and Jonny Savage.Sister-in-law of Mark Wilkerson and Warren Savage.Sister of Melissa Joan Hart Daughter of Paula Hart and Leslie Gilliams.Lives in Los Angeles. [October 2007]