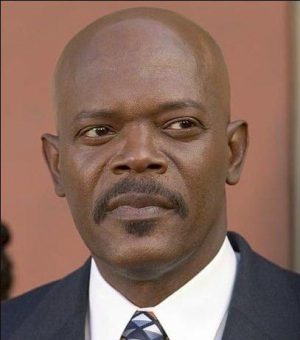 Samuel is alive and kicking and is currently 73 years old.
Please ignore rumors and hoaxes.
If you have any unfortunate news that this page should be update with, please let us know using this .

Does Samuel L. Jackson Have the coronavirus?

Samuel L. Jackson was born on December 21, 1948 in Washington, D.C. He was raised in Chattanooga, Tennessee by his grandmother. Jackson graduated from Morehouse College in 1972 and performed skits about racial inequality with a theatre company. He moved to New York City where his friendship with Spike Lee helped him land his first movie gigs. In 1994, he had landed a role in the cult hit, Pulp Fiction. By the age of 63, he had appeared in more than 100 films, and in 2011 he was named the highest grossing actor of all time with more than $7.2 billion in wealth.
In 1980, Jackson married actress and sports channel producer LaTanya Richardson, whom he met while attending Morehouse College. The couple have a daughter, Zoe (born 1982). In 2009, they started their own charitable organization to help support education. Jackson has said he attends each of his films in theaters with paying customers, saying: "Even during my theater years, I wished I could watch the plays I was in – while I was in them! I dig watching myself work." He also enjoys collecting the action figures of the characters he portrays in his films, including Jules Winnfield, Shaft, Mace Windu, and Frozone.

Jackson is bald but enjoys wearing wigs in his films. He said about his decision to go bald: "I keep ending up on those bald is beautiful lists. It's cool. You know, when I started losing my hair it was during the era when everybody had lots of hair. All of a sudden I felt this big hole in the middle of my afro, I couldn't face having a comb over so I had to quickly figure what the haircut for me was." His first bald role was in The Great White Hype. He usually gets to pick his own hairstyles for each character he portrays. He poked fun at his baldness the first time he appeared bald on The Tonight Show, explaining that he had to shave his head for one role, but then kept receiving more and more bald roles and had to keep shaving his head so that wigs could be made for him. He joked that "the only way I'm gonna have time to grow my hair back is if I'm not working".