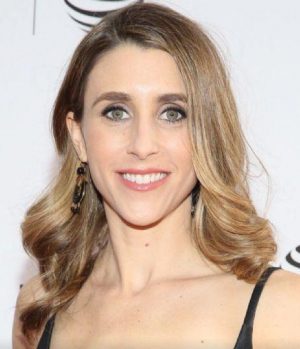 Sarah is alive and kicking and is currently 43 years old.
Please ignore rumors and hoaxes.
If you have any unfortunate news that this page should be update with, please let us know using this .

Sarah Megan Thomas has made a name for herself in the entertainment industry as one of the brightest and most determined in all fields. As an actress, producer, and writer, she has a mission to tell stories about strong and complex women. Her talents touch all aspects of the projects she undertakes.Her latest venture is the groundbreaking film Equity, in which she developed the story, produced, and starred opposite Anna Gunn. Equity is a first of its kind; a female driven Wall Street thriller. The film premiered at the 2015 Sundance Film Festival, was immediately sold to Sony Pictures Classics, and is being released theatrically nationwide. The Hollywood Reporter reviewed Sarah's performance in the movie as "subtle, but gutsy," reflecting everything that women on Wall Street work towards on a daily basis.Sarah co-founded the company Broad Street Pictures in 2015 with Equity as the inaugural project. Speaking to Sarah's major understanding of the industry, Broad Street has an impressive list of creative partners including Bloomberg, Geena Davis, and New York Women in Film and Television.Sarah also starred opposite James Van Der Beek in the film Backwards, a drama about romance in the competitive world of professional rowing. She wrote and produced Backwards.A graduate of Williams College, Sarah trained at both RADA and Drama Studio London. On stage, Sarah has starred in various off-Broadway productions including the critically acclaimed whimsical gender-bending Love's Labour's Lost (The New York Times review: "Once you hear Berowne(a)'s (Sarah Megan Thomas') immortal cry of longing 'Oh my little heart!' spoken by a woman, you may wonder why Shakespeare didn't think of that"), and the New York premiere production of Summit Conference. Summit Conference was extended twice due to popular demand.Sarah is an accomplished athlete in her personal life, enjoying nearly all sports from basketball to pilates, and she has even climbed to the top of Mt. Rainer in Washington.Sarah currently resides in downtown New York City with her husband and her son.