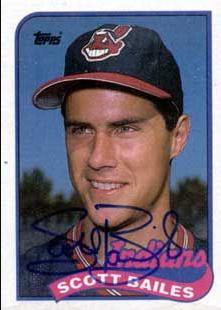 Scott is alive and kicking and is currently 60 years old.
Please ignore rumors and hoaxes.
If you have any unfortunate news that this page should be update with, please let us know using this .

Scott Alan Bailes (born December 18, 1961) is a former Major League Baseball pitcher who pitched for three teams during a nine-year Major League career. During his youth, he moved to Missouri, and participated in Little League, Pony League, and American Legion teams. He played baseball in college for Southwest Missouri State University, and on January 12, 1982 was drafted by the Texas Rangers in the 7th round. However, Bailes did not sign, and played college baseball during the spring of 1982. In the secondary phase of the draft, Bailes was drafted again, this time in the fourth round by the Pittsburgh Pirates on June 7, 1982. He signed with the team on July 1.