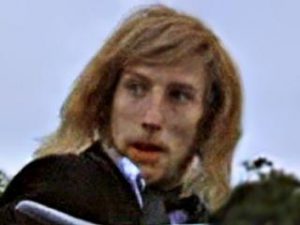 Sean is alive and kicking and is currently 82 years old.
Please ignore rumors and hoaxes.
If you have any unfortunate news that this page should be update with, please let us know using this .

Does Sean Barry Weske Have the coronavirus?

Sean Barry Weske's mother, Rita Tobin-Weske, died on October 31, 1987 as she was 81 years old. Her cause of death was renal failure.

Sean, was born in 1940 into a 'Theatrical' Family. His father, started on London's "West End" Stage in 1917 and continued into 'silent films'. He then went on to appear in many British Productions until 1948. His mother (Rita Tobin-Weske), (with her two sisters) started in cabaret in the 1920s, singing and dancing as "The Ricardo Sisters". In 1927 she then went into films and continued working in films and TV right up to the late 1980s. His brother (Brian Weske), was a child actor and was a star in the "West End" before he was fourteen. He appeared in over 80 films. He also wrote and recorded many songs and even wrote songs for Jess Conrad, Johnny Kidd and the Pirates, plus many other artists. In later life he was the personal assistant to his good friend Sir Michael Caine. Sean, has been an actor, plus photographer most of his life in Europe and Hollywood. In the late 1960s he was the partner of John Kavan when he formed a theatrical agency called "Co-opted Arts" in Great Newport Street, London. He then opened his own agency close to Carnaby Street in "Swinging London", which he named "Top Girls", where he handled many of the Industry's most beautiful women. In 1967 Sean went to Italy and with his company, "Sean Barry (Film) Productions", produced and directed "The Ugly Battle", and in 1968 "The Forgotten War" and "The Dolphin's Quest". Then back to London in 1973 where he formed the "British Motion Picture Company" with George McIndoe and the actor Jack Wild, based at Shepperton Studios. With George as co-director they did "The Studio Kids" and "Lazy Days". In the late 1980s more theatrical agencies followed as part of the 'Sean Barry Group of Companies'...... "Coppers" - supplying Police and Uniformed Characters. "Experts" - dealing with Technical Advisors to the Industry from Priests to Computer Buffs and the "Robert Foster Management" - which managed a select group of artistes. He had officies in London & Rome, where he again lived 'La Dolce Vita' for over three years.Having been a student of German Military History, Sean was always around to give technical advice on many War Movies & TV Dramas and as an Actor, he has played 'Uniformed Characters' countless times, from British 'Bobbies' to German Officers..... Sean now lives and works around Hollywood as an actor and also creates uniforms & insignias for the big production companies and is always "on call" to offer technical advice on 'war movies'. Sean is also well known for being the last photographer to photograph the late Sharon Tate. His photos of her are now the basis of all the "Sharon Tate Memorabilia" on sale around the world.