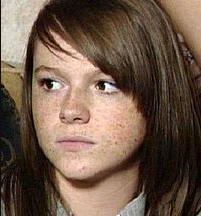 Shana is alive and kicking and is currently 31 years old.
Please ignore rumors and hoaxes.
If you have any unfortunate news that this page should be update with, please let us know using this .

Does Shana Swash Have the coronavirus?

Shana Frances Swash is an English actress. She is best known for playing the role Demi Miller in the BBC soap opera EastEnders from 2004 to 2006.
She is set to appear in new television series The Crime Wave, and was one of the hairdressers in the 2008 series of Celebrity Scissorhands, a reality show which helps to raise money for Children In Need. On 23 December 2008 she starred in an episode of the Scottish soap opera River City in the dream sequence as the daughter of Shona Malone.

In May 2009, Swash performed in "Proud", a play at the Above The Stag Theatre. Swash also featured in the 2016 film My Feral Heart playing the part of a young carer at a care home for adults with learning difficulties; a part for which she received a nomination for the BIFA Award for Best Supporting Actress.
Shana’s latest on-screen role was on September 21st 2018. She appeared in an episode of daytime BBC drama series Doctors, entitled ‘The Black Widow’(2018) where she played carer- Juliet Radnor, who was accused of killing her client, an elderly man in order to gain an inheritance.