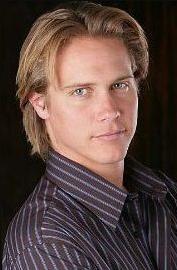 Shane is alive and kicking and is currently 42 years old.
Please ignore rumors and hoaxes.
If you have any unfortunate news that this page should be update with, please let us know using this .

Does Shane Van Dyke Have the coronavirus?

Shane Van Dyke's father, Barry Van Dyke, is still alive and kicking at the age of 70. He is American and has had a career as a actor.

Shane Van Dyke is an American television and film actor, film director, and screenwriter. He is known for making "mockbuster" films, movies designed to capitalize on the success of a more popular film. Van Dyke's professional acting career began after graduating from high school when he became involved with the theatre program at Moorpark College in California. He launched his television career as the smaller recurring character of Alex Smith, a medical student, on the CBS television show, Diagnosis: Murder, appearing in a total of 14 episodes. In 2002, he starred in the musical Annie.
In the years following his role on Diagnosis: Murder, Van Dyke worked on other television shows including the long-running soap opera The Bold and the Beautiful, as well as the independent film Arizona Summer.

Van Dyke is also a screenwriter, and gained literary representation with Mad Hatter Entertainment, a Hollywood production and management company with several notable clients, and has performed screenwriter duties for various films including Transmorphers 2, Street Racer, Paranormal Entity, and The Day the Earth Stopped.
Van Dyke was the director and writer of the movie Titanic II and portrayed the ship's owner, Hayden Walsh. In 2012, he produced with his brother, Carey, and Oren Peli, the horror film Chernobyl Diaries.
In July 2013, Van Dyke appeared as Greg, a lifeguard in the SyFy film "Supershark" about a giant shark released from stone by an oil-drilling rig off the California coast.