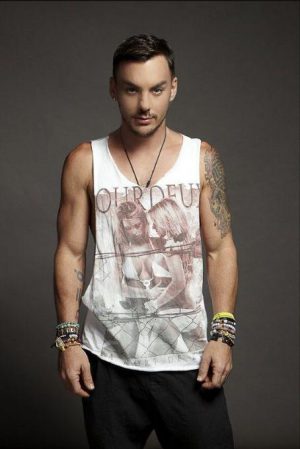 Shannon is alive and kicking and is currently 52 years old.
Please ignore rumors and hoaxes.
If you have any unfortunate news that this page should be update with, please let us know using this .

Does Shannon Leto Have the coronavirus?

Shannon Leto is an American musician and songwriter who gained worldwide fame as the drummer for Thirty Seconds to Mars. He co-founded the band in 1998 in Los Angeles, California, with his younger brother Jared. Their debut album, 30 Seconds to Mars, was released to positive reviews but only to limited success. The band achieved worldwide fame with the release of their second album A Beautiful Lie (2005). Their following releases, This Is War (2009) and Love, Lust, Faith and Dreams (2013), received further critical and commercial success. As of September 2014, the band has sold over 15 million albums worldwide.
Leto was largely an autodidact on drums; "I've always wanted to find my way of doing things," he explained, "Discovering what I can contribute with my own voice. There were so many styles that I was into at a young age. I didn't want to get locked into just one thing." During his youth, Leto had been a devoted fan of progressive rock and blues music, listening to artists such as Fleetwood Mac, Janis Joplin, Jimi Hendrix, Pink Floyd, Led Zeppelin, and Boz Scaggs. He is inspired by electronic music, including Depeche Mode and The Cure. His major influences also include jazz band Steely Dan, as well as heavy metal groups Mountain, Iron Maiden and Kiss. According to Leto, these artists were commercially viable but also respected for their statements and contributions. He explained that he "never focused on the drummers," saying that he felt more connected to music than a particular drummer.

Leto has worked on several side projects during his career, including a collaboration with Antoine Becks, a recording with the short-lived supergroup The Wondergirls, and performing on occasional dates with Street Drum Corps. His creative contribution to music has received praise from musicians and critics. He is noted for his dynamic drumming style and his energetic live performances.