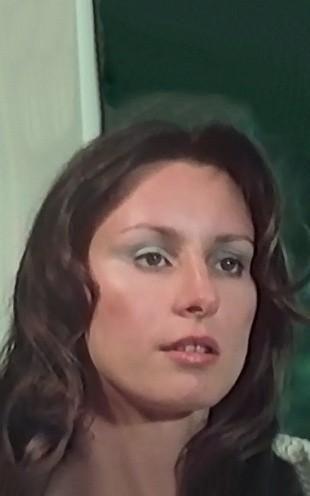 Sharon Thorpe passed away on October 18, 2005 at the age of 44 in Broomfield, Colorado, USA. Sharon Thorpe's cause of death was heart attack.

Sharon Thorpe was a striking brunette actress who made a strong and arousing mark in a handful of adult films made throughout the 1970's Golden Age of Adult Cinema. Sharon grew up in a few extremely repressive small towns in the Midwest. When Thorpe was twelve her parents began collecting various books about sex, thereby installing in Thorpe the basic belief that sex is both healthy and natural.
Sharon went to New York at age seventeen to attend college. Following graduation from college Thorpe moved to San Francisco, California and worked as a secretary. Sharon became involved in the adult entertainment industry in the early 1970's after a friend of hers answered a newspaper ad for a hardcore movie. Although her friend ultimately got cold feet, Thorpe nonetheless decided to check the whole thing out after taking a phone call from the filmmakers to the place where Thorpe and her friend both worked.

Sharon was often paired with John Leslie. Thorpe gave an especially moving and impressive performance as the painfully shy and timid Lisa Hill in SexWorld (1978). Sharon was inducted into the XRCO Hall of Fame in 1985.