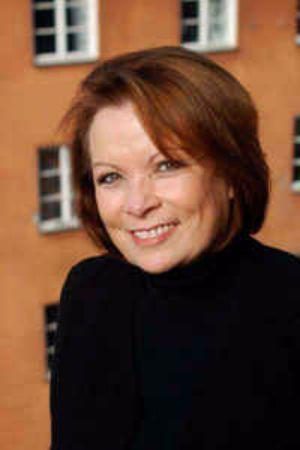 Sharon is alive and kicking and is currently 75 years old.
Please ignore rumors and hoaxes.
If you have any unfortunate news that this page should be update with, please let us know using this .

Sharon Vaughn is an actress, known for Funny Girl (1968), Broken Bridges (2006) and Bewitched (1964).Mary Sharon Vaughn is a Stockholm based American musician, songwriter and producer. She has written hits for artists such as Willie Nelson, Agnes, Kate Ryan, Boyzone, Namie Amuro and September. During 2014, Vaughn competed as the songwriter of three songs in Melodifestivalen.Vaughn moved to Nashville in her early 20’s. In 1974, she charted two singles for Cinnamon Records: a duet with Narvel Felts titled "Until the End of Time", and "Never a Night Goes By". A year later, she signed with Dot Records and released a third single, "You and Me, Me and You". She was also the lead singer in the Lea Jane Singers, and worked with the Jordanaires, the Nashville Edition and The Holladay Sisters.Vaughn’s first cut was "My Heroes Have Always Been Cowboys", that was first recorded by Waylon Jennings in 1976 and further popularized in 1980 by Willie Nelson for the soundtrack of the movie The Electric Horseman. Since then she has worked with country artists such as Dolly Parton, Waylon Jennings, George Jones, Tammy Wynette, Tanya Tucker and Kenny Rogers and she has been nominated for The Nashville Songwriters Foundation's Hall Of Fame three times.Vaughn was formerly married to songwriter Bill Rice, and later to Howard Bellamy of The Bellamy Brothers.Vaughn has during the last couple of years had over 100 cuts with European artists and four number ones in Japan. She has worked with several Swedish Idol artists including the winner Jay Smith (2010) and a number one hit for Ola. She has also worked with many Scandinavian songwriters and artists including Agnes, Mutt Lange, Tony Nilsson, Vendela, Anders Hanson and Emilia.In 2009 the song Release Me (Agnes) reached #1 on the U.S Billboard Dance Club Songs Chart. In 2013 Vaughn received the Jasrac Awards as #1 of the Top 10 Foreign Works for her co-written song Rising Sun (Exile).Vaughn has co-written songs with Ian Dench, Carl Falk and worked together with Jonas Quant.