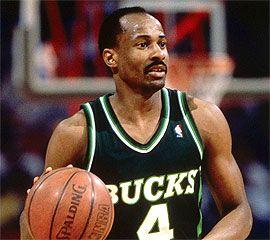 Sidney is alive and kicking and is currently 65 years old.
Please ignore rumors and hoaxes.
If you have any unfortunate news that this page should be update with, please let us know using this .

Sidney A. Moncrief (born September 21, 1957) is a retired American professional basketball player. As an NCAA college basketball player from 1975 to 1979, Moncrief played for the University of Arkansas Razorbacks from 1975 to 1979, leading them to the 1978 Final Four and a win in the NCAA Consolation Game versus #6 Notre Dame.
Nicknamed Sid the Squid, Sir Sid, and El Sid, Moncrief went on to play 11 seasons in the National Basketball Association, including ten seasons with the Milwaukee Bucks. He was a five-time NBA All-Star and won the first two NBA Defensive Player of the Year awards in 1983 and 1984.

Moncrief was the head coach at the University of Arkansas-Little Rock for one season, 1999–2000. The Trojans finished with a record of 4 wins and 24 losses in Moncrief's only season.
In 2006, Moncrief returned to basketball as the head coach of the Fort Worth Flyers, a professional basketball team in the NBA D-League. He rejoined the NBA in October 2007 when he became the shooting coach for the Golden State Warriors. In 2011, he returned to the Milwaukee Bucks as an assistant coach.
Moncrief's son Brett was a wide receiver for Mississippi Gulf Coast Community College and Troy University. His nephew Albrey Battle played eight seasons in the Arena Football League and for the San Francisco Demons of the XFL.