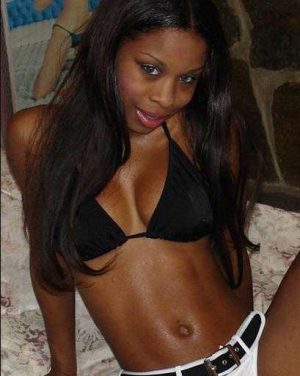 Skyler is alive and kicking and is currently 36 years old.
Please ignore rumors and hoaxes.
If you have any unfortunate news that this page should be update with, please let us know using this .

Does Skyler Dupree Have the coronavirus?

Monique Dupree is a model and actress who was born on April 1, 1986 in Newark, New Jersey. Her film career began at the age of 14, when she appeared in the 1989 Morgan Freeman film Lean On Me, about school principal Joe Clark. It was then that she realized that she wanted to pursue acting as a career. By the age of 18, she had done numerous stage productions, including the play Cry of the People by Robert Banks. Dupree's career saw success when she appeared on Fangoria Radio for a "Scream Queen" contest, for it was then that she first met Lloyd Kaufman of Troma Entertainment, who, in turn, signed her to a role in the movie Pot Zombies.
After her initial encounter with Kaufman, Dupree acted in over 60 films, as of the middle of April 2017, including American Gangster, Life Support, The Replacements, Satan Hates You, and Bikini Bloodbath Christmas. She also appeared, wearing extensive makeup in character, as the vampire Emerald in the film Bachelor Party in the Bungalow of the Damned.

Dupree's experience also included her having worked as a model. In working with Troma Entertainment in films, she was the first African American "Tromette," and the first to be a Tromette twice. She appeared in numerous magazines across the world, including The Autograph Collector Magazine and Primera Linea. She also worked as a comicbook model. In Gingerstein: Rise of the Undead, she acted out the character of Edie Van Horne.
Her most notable sibling is the iconic Tony Todd, who, in his own right, was known for Candyman, The Rock, and many other titles.