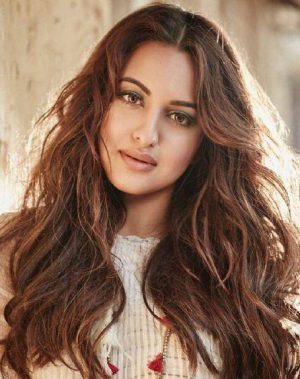 Sonakshi is alive and kicking and is currently 34 years old.
Please ignore rumors and hoaxes.
If you have any unfortunate news that this page should be update with, please let us know using this .

Does Sonakshi Sinha Have the coronavirus?

Sonakshi Sinha's mother, Poonam Sinha, is still alive and kicking. She is Indian and has had a career as a actor.

She is the daughter of legendary Indian actor Shatrughan Sinha and Poonam Sinha and sister to Luv Sinha and Kussh Sinha. She started her career as a model and walked the ramp in the Lakme Fashion week in 2008. She got her break in movies after being signed up by Salman Khan for his thriller Dabangg (2010).
Sinha has played the romantic interest of the male protagonists in several top-grossing action-dramas, including Rowdy Rathore (2012), Son of Sardaar (2012), Dabangg 2 (2012) and Holiday: A Soldier Is Never Off Duty (2014), though she was criticized for taking up roles that offered her limited scope. She received critical acclaim for her portrayal of a woman suffering from tuberculosis in the romantic drama Lootera (2013), for which she received a nomination for the Filmfare Award for Best Actress. Sonakshi received critical acclaim for her movies, as she moved into niche and content driven films. Her roles and the success of her films, led her to one of the top most popular actress.

Sonakshi Sinha is a professed animal lover, and she had posed for a PETA campaign advocating the adoption and sterilization of dogs and cats. She has starred in a one-minute video PSA, urging everyone to adopt animals and have them sterilised. She has been quoted saying: "Breeders, pet stores and people who don't sterilize their animals are responsible for all the animals who end up homeless. Every time someone buys a dog or cat from a breeder or pet store, a homeless animal roaming the streets or waiting in an animal shelter loses a chance at a home and a good life." Sonakshi Sinha also promotes breaking the steroptypes of typical body size.