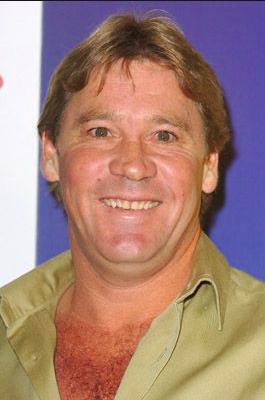 Steve passed away on September 4, 2006 at the age of 44 in Port Douglas, Queensland, Australia. Steve's cause of death was stingray attack - accident.

Steve Irwin's father, Bob Irwin, is still alive and kicking at the age of 82. He is Australian and has had a career as a actor.

Stephen Robert "Steve" Irwin (22 February 1962 – 4 September 2006), nicknamed "The Crocodile Hunter", was an Australian wildlife expert, television personality, and conservationist. Irwin achieved worldwide fame from the television series The Crocodile Hunter, an internationally broadcast wildlife documentary series which he co-hosted with his wife Terri. Together, the couple also owned and operated Australia Zoo, founded by Irwin's parents in Beerwah, about 80 kilometres (50 mi) north of the Queensland state capital city of Brisbane. Irwin died on 4 September 2006 after being pierced in the chest by a stingray barb while filming an underwater documentary film titled Ocean's Deadliest. The Sea Shepherd Conservation Society ship MY Steve Irwin was named in his honour.
On 4 September 2006, Irwin was on location at Batt Reef, near Port Douglas, Queensland, taking part in the production of the documentary series Ocean's Deadliest. During a lull in filming caused by inclement weather, Irwin decided to snorkel in shallow waters while being filmed in an effort to provide footage for his daughter's television program.

While swimming in chest-deep water, Irwin approached a short-tail stingray with an approximate span of two metres (6.5 ft) from the rear, in order to film it swimming away.
According to the incident's only witness, "All of a sudden [the stingray] propped on its front and started stabbing wildly with its tail. Hundreds of strikes in a few seconds". Irwin initially believed he only had a punctured lung. However, the stingray's barb pierced his heart, causing him to bleed to death. The stingray's behaviour appeared to have been a defensive response to being boxed in. Crew members aboard Irwin's boat administered CPR and rushed him to the nearby Low Isles where medical staff pronounced him dead. Irwin's death is believed to be the only fatality from a stingray captured on video.
Footage of the incident was viewed by Queensland state police as part of their mandatory investigations. All copies of the footage were then destroyed at the behest of Irwin's family. Production was completed on Ocean's Deadliest, which was broadcast in the US on the Discovery Channel on 21 January 2007. The documentary was completed with footage shot in the weeks following the accident, but without including any mention of Irwin's accidental death.