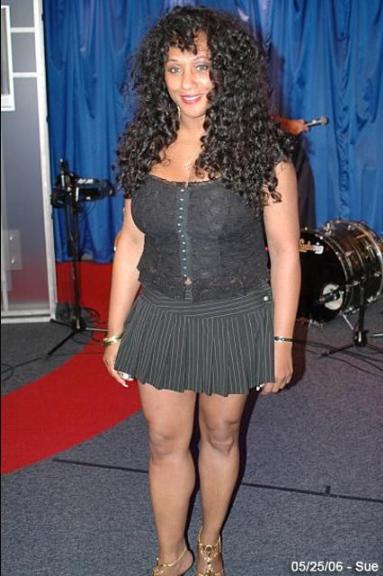 Sue the is alive and kicking.
Please ignore rumors and hoaxes.
If you have any unfortunate news that this page should be update with, please let us know using this .

Howard had Sue, the woman who called into the show last year to report how she had sex with her 19-year-old stepson, as well as Anthony, her husband/step-son’s father, in the studio. Sue mentioned she and Anthony are married, even though she lives in Arizona while he resides in New York. Sue then recalled the incident in question began when she, Anthony and his son were in a hot tub drinking. Sue reported she had noticed her stepson staring at her chest in the in the hot tub and, therefore, wasn’t surprised when Anthony informed her that his son was attracted to her. This led Anthony to note he and his son have a close relationship and he had talked openly with him about how great Sue was in bed, which he acknowledged made him want her more. Sue told Howard she and her stepson started out hugging and then began kissing right in front of Anthony, before she proceeded to straddle him and have sex with him. Sue said they then left the hot tub and went back to the apartment they were staying in – which happened to belong to Anthony’s parents – where they had another session together. Although Sue noted her stepson was a good lover, she mentioned they haven’t been together again since that night, largely because he lives in New York.IF HE FELT THEN LIKE HE DOES NOW... Howard asked Anthony if he didn’t find it at all weird that he watched his son have sex with Sue, but he insisted, at the time, it wasn’t. Anthony explained he used to view Sue as a sex object, which made it easy for him to watch her be intimate with other people without feeling jealousy about the situations. However, Anthony added those feelings for her have since changed and he’d now have a problem if he saw anyone having sex with Sue. ANOTHER SYBIAN SUCCESS STORY After telling a story about the time she had sex with a man she met in a club while Anthony and another man waited for them in the next room, Sue volunteered to get on the Sybian. Although she did not take her clothes off, it was very obvious that she did have an orgasm. Once she was done, Sue told Howard she liked the machine so much that she wanted to take it home as a prize.