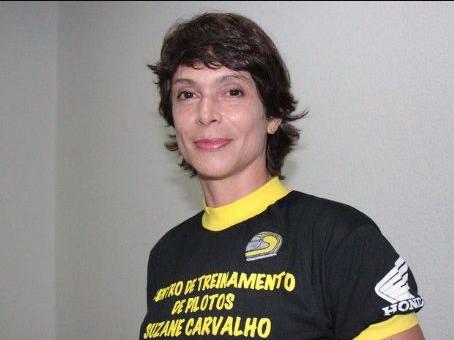 Suzane is alive and kicking and is currently 59 years old.
Please ignore rumors and hoaxes.
If you have any unfortunate news that this page should be update with, please let us know using this .

Suzane Carvalho (Rio de Janeiro, 26 December 1963) is a Brazilian racing driver and former-actress. In 1992 she won the Formula 3 Sudamericana Class B Championship and became the first and only woman to ever win a Formula Three Championship. After this, she joined Guinness Book.