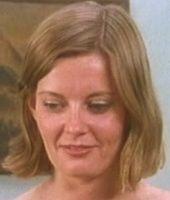 Suzanne is alive and kicking.
Please ignore rumors and hoaxes.
If you have any unfortunate news that this page should be update with, please let us know using this .

Does Suzanne McBain Have the coronavirus?

Suzanne McBain is a British adult movie star. She is a well-known adult film actress from the 1970's and early 80's. McBain made a name for herself with her athletic and slender build, and she was lauded for her strong acting skills.
Whatever the role, McBain could play it convincingly and with just the right amount of s*x appeal. Born into an affluent family, McBain eventually married at the age of 20 and was raising a daughter. Prior to entering the XXX world, she did some modeling work for television. McBain entered the adult industry as a single mother in 1975 until her eventual retirement in 1984.

She did some modeling for television prior to her involvement in the adult film industry in the mid-'70s. One of the classiest and most instantly recognizable actresses in New York City hardcore fare made in the Golden Age of Adult Cinema in the 1970s, Susan acted in X-rated features for such notable directors as Carter Stevens (she made her adult movie debut for him), Chuck Vincent, Radley Metzger and Gerard Damiano.
Outside of the industry, she also worked in both mainstream movies and in the music industry. She retired from the adult film industry in the late 1970s.