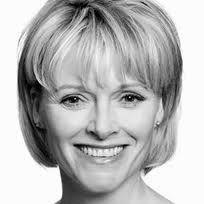 Suzy is alive and kicking and is currently 61 years old.
Please ignore rumors and hoaxes.
If you have any unfortunate news that this page should be update with, please let us know using this .

Does Suzy Aitchison Have the coronavirus?

Susan "Suzy" Jane Aitchison is an English television actress and the daughter of actress June Whitfield. She is best known for her role as Susie on Jam & Jerusalem.
She graduated from the University of Birmingham with a degree in Drama & Theatre Arts. After working extensively in theatre, her mother put her in touch with Jennifer Saunders (Whitfield had worked with Saunders on Absolutely Fabulous). Aitchison subsequently worked with Saunders on a French/Saunders Christmas Special, before being offered the part on Jam & Jerusalem.

Aitchison also featured in several stage productions and has been praised for her performances. Previously, her body of television work has largely consisted of guest-starring roles on television programmes. Aitchison has also narrated several audiobooks for the BBC.