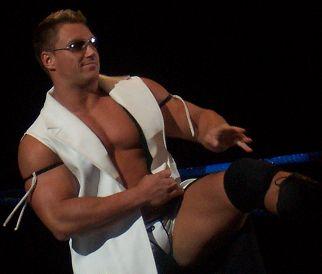 Sylvain is alive and kicking and is currently 44 years old.
Please ignore rumors and hoaxes.
If you have any unfortunate news that this page should be update with, please let us know using this .

Does Sylvain Grenier Have the coronavirus?

Sylvain Grenier (born March 26, 1977) is a Canadian professional wrestler. He is best known for his appearances with World Wrestling Entertainment between 2003 and 2007 where he was part of La Résistance and became a four time World Tag Team Champion with René Duprée one time and Rob Conway three times. After his release from WWE, Grenier became a French language commentator for Total Nonstop Action Wrestling (TNA) Impact! for a number of years and continues to wrestle on the Québec independent circuit.