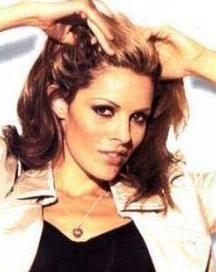 Tahnee is alive and kicking and is currently 60 years old.
Please ignore rumors and hoaxes.
If you have any unfortunate news that this page should be update with, please let us know using this .

Does Tahnee Welch Have the coronavirus?

Tahnee Welch's father, James Welch, died on August 4, 2003 as he was 62 years old. His cause of death was lung cancer.

Tahnee Welch's mother, Raquel Welch, is still alive and kicking at the age of 81. She is American and has had a career as a actress.

Tahnee Welch was born in 1961 in San Diego, California, daughter of father James Welch and mother Raquel Tejada (actress Raquel Welch), and the younger sister of Damon Welch. Most of her childhood was spent between Spain, England and Italy, returning to an all-girls school in the United States.
Her film career began in Italy starring opposite Virna Lisi. Returning to the U.S. she starred in Ron Howard's Cocoon and its sequel, Cocoon: The Return, in which she portrayed a beautiful alien. Returning to Europe she continued working mostly in Italian and German film and television productions. She has also appeared in American independent pictures I Shot Andy Warhol, Sue, and Search and Destroy. She also portrayed the role of Catherine Powell in the 1996 video game Ripper.

Welch posed for a nude pictorial in the November 1995 edition of Playboy as well as posing in a handbra on its cover. Welch appeared in American Vogue, Italian Vogue, British GQ, Interview, French Marie Claire, Italian Moda, and German Bunte magazines.