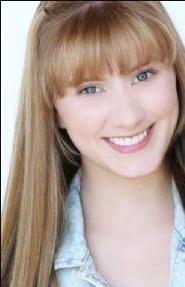 Tara is alive and kicking.
Please ignore rumors and hoaxes.
If you have any unfortunate news that this page should be update with, please let us know using this .

Tara-Nicole is an American actress who graduated High School, with honors, at the age of 14. At 15, she had already won 5 Telly Awards for her writing and directing. At 16 she had written and directed 6 short films, 2 web shows and her work had shown at over 140 film festivals both Nationally and Internationally. Tara's films have shown at the iconic Egyptian Theater and the TCL Chinese Theater, in Hollywood, on cable television, in schools and in several different countries.You may know Tara as "Tara Cosplay" quirky co-host of the show #Nerdtabulous, but Tara-Nicole began acting, when she was just a little girl, at the age of 4 with a small part in a feature film. She took a brief hiatus from the biz to pursue gymnastics and then jumped back into acting again at age 8. She has appeared in films, commercials, videos and TV projects. She is best known for her ability to cry on cue.As a member of a writing family, Tara-Nicole began writing children's books at a young age. She has 3 times won the prestigious Young Author's contest. When just 11 years old, she branched out & wrote a screenplay entitled, "My Name Is...Anna", which is the film that started her career as an independent filmmaker and it has also been used by eating disorder treatment centers, which was Tara's goal when making the film. At the age of 14, she signed her first distribution deal for one of her films, "Sybling Rivalry" which is a dark, horror comedy.Tara-Nicole is also a former All-Star cheerleader and a life long Girl Scout. She is the recipient of the meritorious Silver Award in Girl Scouting, The Corlin National Community Service Award and National Community Service awards from NAM & ACP. Tara-Nicole is passionate about the prevention and treatment of eating disorders and has supported various fund raisers for the cause.In her spare time, Tara-Nicole loves amusement parks and is crazy about Japanese Anime.