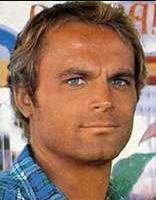 Terence is alive and kicking and is currently 83 years old.
Please ignore rumors and hoaxes.
If you have any unfortunate news that this page should be update with, please let us know using this .

Does Terence Hill Have the coronavirus?

Terence Hill (born Mario Girotti; 29 March 1939) is an Italian actor. Hill started his career as a child actor and went on to multiple starring roles in action and comedy films, many with longtime film partner and friend Bud Spencer. During the height of his popularity Hill was among Italy's highest-paid actors. Hill's most widely seen films include comic and standard Westerns all´Italiana ("Italian-style Westerns", colloquially called "Spaghetti Westerns"), some based on popular novels by German author Karl May about the American frontier.
In the following years, he starred in many action and Spaghetti Westerns, together with longtime colleague and friend Bud Spencer. The pair made a large number of Italian Westerns and other films together, and were notable for their comedy films, successful not only in Italy, but also abroad. Many of these have alternate titles, depending upon the country and distributor. Possibly their most famous film is the 1971 western They Call Me Trinity and the 1972 sequel Trinity Is Still My Name. Hill has stated in interviews that My Name Is Nobody (1973), in which he co-starred with Henry Fonda, is his personal favorite of all his films.

Hill is married to Lori Hill (née Zwicklbauer). He has two sons, Jess (born 1969) and Ross (1973-1990). Ross was killed in a car accident in Stockbridge, Massachusetts in the winter of 1990, while Terence was preparing to film Lucky Luke (1991) on the Bonanza Creek Ranch near Santa Fe, New Mexico.