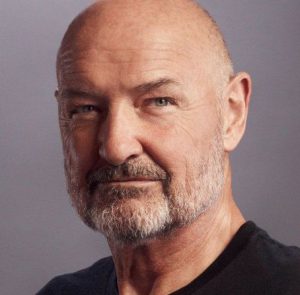 Terry is alive and kicking and is currently 70 years old.
Please ignore rumors and hoaxes.
If you have any unfortunate news that this page should be update with, please let us know using this .

Terrance Quinn (born July 15, 1952), known professionally as Terry O'Quinn, is an American character actor, most famous for playing John Locke on the TV series Lost. O'Quinn became known for playing the title role in The Stepfather and Stepfather II and was cast in 1996 as Peter Watts in Millennium, which ran for three seasons (1996–1999).
O'Quinn began acting in the 1970s during his time at Central Michigan University. He not only was an actor but also playwright/director. He wrote and directed the musical Orchestrina. This musical featured five main characters: The Man (played by Jeff Daniels), The Boy (Harold Downs), The Woman (Ann O'Donnell), The Girl (Debbie Penwarden), and The Drunk (James Hilliker), plus a female and a male chorus. He was roommates at CMU with actor Brad Slaight.

After a string of recurring appearances on Alias (2002–2003), as the FBI Director Kendall, O'Quinn became a favorite of television producer J.J. Abrams. Following a seven-episode guest run on The West Wing in 2003–2004, O'Quinn received a call from Abrams indicating that the producer wanted to cast him in his new television drama Lost without any audition. In 2005 O'Quinn received an Emmy nomination for Best Supporting Actor in a Drama for his work as John Locke on the series Lost. O'Quinn admitted on the TV Guide Channel that he did not have much faith in Lost at first, calling it "The Mysterious Gilligan's Island of Dr. Moreau".
The show, however, became one of the most popular on television, and on September 16, 2007 he won an Emmy Award for Outstanding Supporting Actor In A Drama Series for his role, and was nominated again for an Emmy for the role in 2010, which he did not win. In a Tv.com interview O'Quinn commented that the reason he felt comfortable playing this character is because he's a bit like him.