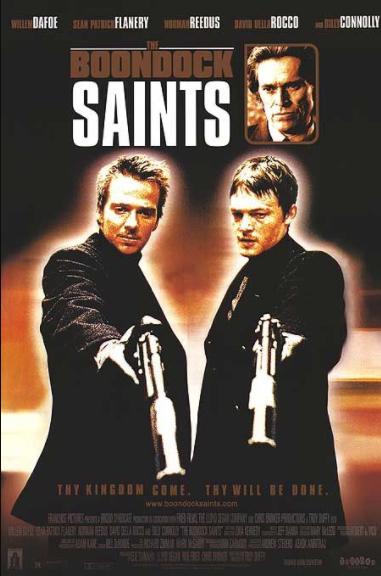 The Boondock Saints is alive and kicking.
Please ignore rumors and hoaxes.
If you have any unfortunate news that this page should be update with, please let us know using this .

The Boondock Saints is a 1999 American crime film written and directed by Troy Duffy. The film stars Sean Patrick Flanery and Norman Reedus as fraternal twins, Connor and Murphy MacManus, who become vigilantes after killing two members of the Russian Mafia in self-defense. After both experience an epiphany, the brothers, together with their friend "Funny Man" (David Della Rocco), set out to rid their home city of Boston, Massachusetts of crime and evil, all while being pursued by FBI Agent Paul Smecker (Willem Dafoe).