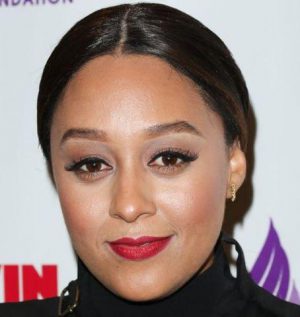 Tia is alive and kicking and is currently 44 years old.
Please ignore rumors and hoaxes.
If you have any unfortunate news that this page should be update with, please let us know using this .

Does Tia Mowry Hardrict Have the coronavirus?

Tia Dashon Mowry-Hardrict, known by her maiden name Tia Mowry, is an American actress and model. She first gained fame for her teen role as Tia Landry on the ABC/The WB sitcom Sister, Sister. From 2006 until 2012, she portrayed medical student Melanie Barnett on The CW/BET comedy-drama series The Game. She is also notable for starring in the television movie Twitches and its sequel Twitches Too. Mowry has portrayed as Sasha in Bratz and Sashabella in Bratzillaz. Since September 2013, Mowry has starred in Nickelodeon's Nick at Nite and TV Land comedy sitcom Instant Mom.
Mowry met actor Cory Hardrict on the set of their movie, Hollywood Horror. They dated for six years, then became engaged on Christmas Day, 2006, and married in California on April 20, 2008. On January 11, 2011, People announced that Mowry and Hardrict were expecting their first child; Mowry made the announcement herself on 106 & Park. The pregnancy was documented on the show Tia & Tamera featuring her sister, Tamera Mowry, on the Style Network. The couple welcomed a son, Cree Taylor Hardrict, on June 28, 2011. On November 8, 2017, Mowry announced that she was pregnant with her second child, a girl. On May 5, 2018, Mowry gave birth to her second child, a daughter.

Mowry is the head coach of the Entertainment Basketball League celebrity team. She coaches the Atlanta team whose players include her husband, Cory Hardrict, and ex co-star, Pooch Hall. She recently coached at the battle of the sexes game in Chicago against the Sky of the WNBA.
At one point she did decide to become vegan, even posing for a magazine cover dressed in a dress that was made out of vegetables.