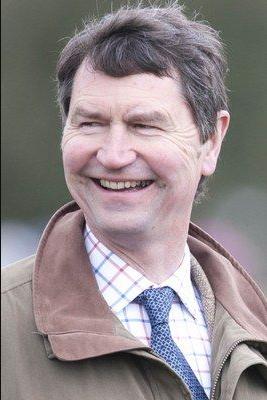 Timothy is alive and kicking and is currently 67 years old.
Please ignore rumors and hoaxes.
If you have any unfortunate news that this page should be update with, please let us know using this .

Does Timothy Laurence Have the coronavirus?

Vice Admiral Sir Timothy James Hamilton Laurence KCVO CB ADC(P) (born 1 March 1955) is a retired British naval officer and the second husband of Princess Anne, the only daughter of Queen Elizabeth II. Laurence was Equerry to the Queen from 1986 to 1989.
After attending HMS Dryad for the Principal Warfare Officer course, Laurence was promoted to lieutenant commander (1 March 1985), and posted to the frigate HMS Alacrity. He attended the Royal Australian Navy (RAN) Tactics Course (RANTACCS) at HMAS Watson, Sydney in March 1986 during which he was notified of his first staff appointment commencing April 1986 as Equerry to the Queen. He was promoted to commander on 31 December 1988.

He retired from the Navy in August 2010 and now pursues a portfolio of mainly non-executive and charitable interests, with a particular emphasis on property and regeneration. He was on the Board of the project management company Capita Symonds until 2014 and is non-executive Chairman of the property developers Dorchester Regeneration. He is non-executive Chairman of Purfleet Centre Regeneration, a newly established company specialising in site reclamation and regeneration. He was a Senior Military Adviser to PA Consulting until 2015.
Laurence met Princess Anne when he served as an Equerry to Queen Elizabeth II in 1986, at a time when it was widely rumoured that her first marriage to Captain Mark Phillips was breaking down. In 1989, the existence of private letters from Laurence to the Princess was revealed by The Sun newspaper, though it did not name the sender. Buckingham Palace issued a statement: "The stolen letters were addressed to the Princess Royal by Commander Timothy Laurence, the Queen's Equerry. We have nothing to say about the contents of personal letters sent to Her Royal Highness by a friend which were stolen and which are the subject of a police investigation."
Laurence and Princess Anne were married on 12 December 1992 in a Church of Scotland ceremony at Crathie Parish Church, Ballater, near Balmoral (the Church of Scotland permits second marriages for divorced people). He received no peerage on marriage, but was made a personal aide-de-camp to the Queen in 2008 and invested in June 2011 as a Knight Commander of the Royal Victorian Order.