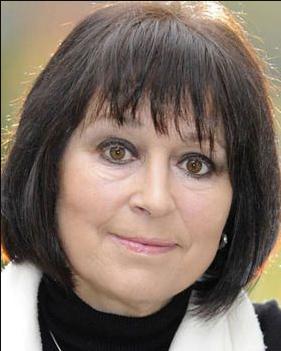 Tina is alive and kicking and is currently 68 years old.
Please ignore rumors and hoaxes.
If you have any unfortunate news that this page should be update with, please let us know using this .

Does Tina Charles Have the coronavirus?

Tina Charles is an English singer who achieved success as a disco artist in the mid to late 1970s. Her most successful single was the no. 1 hit "I Love to Love" in 1976. Born Tina Hoskins in Whitechapel, London, to Charles Hoskins, who worked in a box-making factory in Bow, and his wife Hilda, she recovered from meningitis as a newborn. She has a brother, Warren, who was her tour manager for a time during the height of her career.
Charles' big break came soon after in 1975, when Indian-British composer/producer Biddu, who had just enjoyed massive success worldwide with the disco hit "Kung Fu Fighting" for Carl Douglas, produced the singles "You Set My Heart on Fire" and "I Love to Love (But My Baby Loves to Dance)" for her. The latter single spent three weeks at number one on the UK chart in March 1976, and was a major hit around the world. It won a Juno Award in 1977.

In 2010, Charles was signed by the British writer and producer Carl M Cox to his PMG Music production and record label. Other notable acts that have been signed by Cox's label are Sinitta and Amanda Lear. Charles' first single with PMG, "Your Love Is My Light", was released physically on 7 November 2011 and digitally on 14 November 2011. Also in 2010, it was announced that Charles was to tour with 5000 Volts, the band with which she experienced her first hit record.
Charles was married to Bernard Webb and had a son Max, born in London in 1977. She was divorced in 1979. She remarried in 1993 to her second husband, Tetoo. They lived in Surrey, England. Tetoo died of cancer in 2013. Charles still lives in Surrey with her current husband David Fancourt.