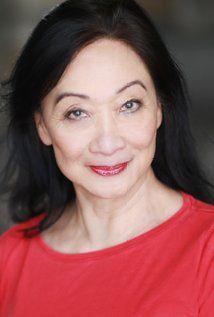 Tina is alive and kicking.
Please ignore rumors and hoaxes.
If you have any unfortunate news that this page should be update with, please let us know using this .

Does Tina Chen Have the coronavirus?

Tina Chen is a Golden Globe, Emmy and Drama Desk nominee. She just finished starring in the short film 2B. She also stars in Albert M. Chan's award-winning short film Descendants of the Past, Ancestors of the Future for which she received the Best Actress award from the NYC Downtown Short Film Festival and a Best Actress nomination by the Asians On Film Festival. Descendants of the Past, Ancestors of the Future will be shown at many festivals in the US and Canada in 2015. Her other films include the independent feature Almost Perfect (dir. Bertha Bay-Sa Pan), playing opposite Kelly Hu, Roger Rees and Edison Chen (Festival Centerpiece Presentation at the Los Angeles Asian Pacific Film Festival) and the short film, The Potential Wives of Norman Mao (dir. Derek Nguyen), which was part of the Cannes International Film Festival's Short Film Corner. She also starred in The Hawaiians (dir. Tom Gries), playing opposite Charlton Heston, for which she received a Golden Globe award nomination; Alice's Restaurant (dir. Arthur Penn), opposite Arlo Guthrie; Three Days of the Condor (dir. Sydney Pollack), opposite Robert Redford; and the award-winning indie film, Face (dir. Bertha Bay-Sa Pan), opposite Bai Ling.Tina has guest starred on numerous TV shows and was nominated for an Emmy for her performance in the CBS Playhouse special, The Final War of Olly Winter, opposite Ivan Dixon. Besides the above mentioned performers, Tina has acted alongside actors such as Max von Sydow, Anthony Quinn, Geraldine Chaplin, Burt Reynolds, Ernest Borgnine, Wayne Rogers, Stefanie Powers, Jan-Michael Vincent, David Janssen, Kim Basinger, David Carradine and Taylor Schilling. On stage, Tina has played leading roles in many productions on and off Broadway including Empress of China, Comfort Women, The Shanghai Gesture, The Joy Luck Club, A Midsummer Night's Dream, Arthur & Leila, The Year of the Dragon, and David Henry Hwang's Family Devotions.She has directed plays at various theaters in New York, including Pan Asian Repertory Theatre's production of Fairy Bones starring Lucy Liu in her stage debut. Tina co-produced the Broadway production of the Peter Nichols play, Passion, starring Frank Langella, and received a Drama Desk nomination as part of the producing team of the Broadway production of The Rink, by Terrence McNally, starring Chita Rivera and Liza Minnelli.Tina has a talk, Heroes of History: Legacy of My Chinese Family, with 157 pictures. It is about three generations of her mother's family and their contributions to the history of China. In the lecture, which has been presented at China Institute and Urban Stages, both in NYC, and the Mirror Rep. Co. in Greensboro, Vt., she talks about her great-grandfather, who served under three emperors and one empress in the Ching dynasty, her grandfather, who was one of the founders of the Republic of China, and her mother, who also did something special for China.Tina is also a composer. She wrote, among other pieces, the music for the Christmas song This Tree (lyrics by Ruth Wolff), which premiered with the Hong Kong Children's Choir at its Silver Jubilee, and flute music for Pan Asian Repertory's production of Fairy Bones. Her other songs include Mother Life (lyrics by Tina), Words Never Said (lyrics by Diane Winslow), and a Hanukkah song called Eight Nights (lyrics by YiLing Chen-Josephson). The four songs, including This Tree, were presented at Mirror Rep. Co., in Greensboro, Vt., in August of 2014.Over the course of her career, Tina has received numerous honors, including Urban Stages' 25th Anniversary Award for Artistic Brilliance, Women's Project's Women of Exceptional Achievement Award, Girl Scouts' Woman of Distinction Award, and the Anna Mae Wong Award given by The Asian Fashion Designers of LA.While pursuing her show business career, Tina worked for over a decade as a researcher in the Serology & Genetics department at the New York Blood Center. She also started Food Liberation, one of the first health food stores in New York City. An honorary advisor for the Pan Asian Repertory Theatre, Tina is also on the National Council of the Aspen Music Festival & School and volunteers for Lighthouse International as a reader for the sight impaired.