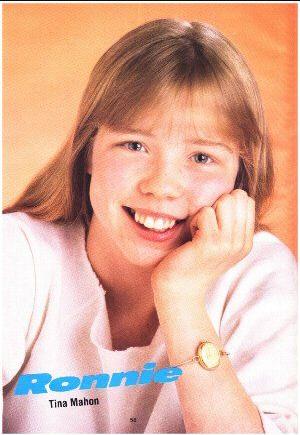 Tina Mahon is alive and kicking and is currently 51 years old.
Please ignore rumors and hoaxes.
If you have any unfortunate news that this page should be update with, please let us know using this .

Tina Mahon (born 24 June 1971 in London, England) is a former teenage actress, best known for her long-term role as Veronica "Ronnie" Birtles in the long-running BBC school drama, Grange Hill. A series regular from 1985-1990, Mahon made one final cameo in 1991.