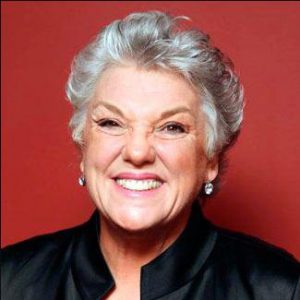 Tyne is alive and kicking and is currently 76 years old.
Please ignore rumors and hoaxes.
If you have any unfortunate news that this page should be update with, please let us know using this .

Does Tyne Daly Have the coronavirus?

Ellen Tyne Daly is an American stage and screen actress. She has won six Emmy Awards for her television work and a Tony Award, and is a 2011 American Theatre Hall of Fame inductee.
Her other TV roles include Alice Henderson in Christy (1994–95), for which she won an Emmy in 1996 and Maxine Gray in Judging Amy (1999–2005), which won her a sixth Emmy in 2003. Her other Broadway credits include The Seagull (1992), her Tony-nominated role in Rabbit Hole (2006) and her Tony-nominated role in Mothers and Sons (2014). She played Maria Callas, both on Broadway and in London's West End, in the play Master Class (2011–12). She also plays Anne Marie Hoag in Marvel Studios' Spider-Man: Homecoming (2017).

Daly has been identified as a feminist icon in the media, particularly based on her television role in Cagney and Lacey. Her role as Lacey showed a woman detective at a time where the idea was still novel; the show was also novel in presenting Lacey primarily in a work environment, rather than always showing the character at home. She has also been outspoken about maintaining a natural appearance as she ages, and for the run of Judging Amy, Daly's hair was shown in its naturally gray state.
Tyne Daly was married to Georg Stanford Brown from 1966 to 1990. They have three daughters, including actress Kathryne Dora Brown.