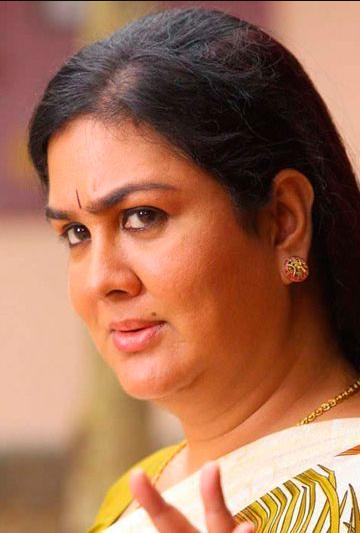 How Old Is Urvashi? Urvashi Birthday

Urvashi is alive and kicking and is currently 52 years old.
Please ignore rumors and hoaxes.
If you have any unfortunate news that this page should be update with, please let us know using this .

Does Urvashi Have the coronavirus?

Kavitha Ranjini, known by the stage name Urvashi, (Born 25 January 1969) is an Indian film actress and producer.
Kavitha Ranjini was a prominent lead actress from 1983 to 1999. She has written the films Ulsavamelam and Pidakkozhi Koovunna Noottandu, the latter was also produced by her. She won the National Film Award for Best Supporting Actress for her performance in Achuvinte Amma (2005). She has won the Kerala State Film Award for Best Actress 5 times, which includes three consecutive wins from 1989 to 1991.

Her first released film as heroine was Munthanai Mudichchu (Tamil, directed by K. Bhagyaraj) in 1983, making her debut movie. Ethirppukal (Malayalam, 1984) was one of her earlier films in Malayalam. During the peak of her career, she starred in M.P. Sukumaran Nair's award-winning film Kazhakam in 1995, without taking a single penny as remuneration. She was awarded Best Actress for this role. She has acted in some advertisements also. She has participated in many stage shows too.
Urvashi married film actor Manoj K. Jayan on 11 October 2000. They have a daughter Tejalakshmi, born in 2001. After divorce from her first husband Manoj K. Jayan in 2008, Urvashi married Chennai based builder Sivaprasad in November 2013. The couple had a boy on August 2014, named Ishaan Prajapathi.