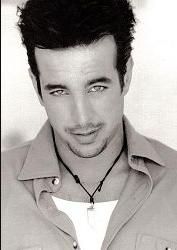 Val is alive and kicking.
Please ignore rumors and hoaxes.
If you have any unfortunate news that this page should be update with, please let us know using this .

Does Val Lauren Have the coronavirus?

A long time member of the repertory theater company "Playhouse West", a west coast division of Sanford Meisner's "Neighborhood Playhouse" in N.Y.C. Starred in numerous plays including four originals written by and co-starring Scott Caan. Val then made the transition to independent films. Some of his characters include "Primo", a grief stricken man out to find his sisters rapist in "The Doorman", the psychotic low level hustler "Crazy Leroy" in "The Grey in Between", and the starring role as self destructive orphan "Max Modeen" in the Sundance Institute film "True Love". Val also brought his edgy characterizations' to Guest Starring roles several television shows including a recurring role on "24" as agent "Randy Murdoch", Mafia barkeep "Charlie" in "Monk", hustler "Freddy Condore" in "Criminal Minds" and "CSI N.Y.", where he starred as "Jerry Gordon", a safe cracker. Val again teamed up with Scott Caan to star in "Dallas"362" with Jeff Goldblum, Sean Hatosy, Selma Blair, and Kelley Lynch. He then went on to make his Writing and Directorial debut with "HELP". He also played the lead character in the drama about a young man on the night that he sets out on a mission to save his dying Mother's life. "HELP" just completed its festival run.