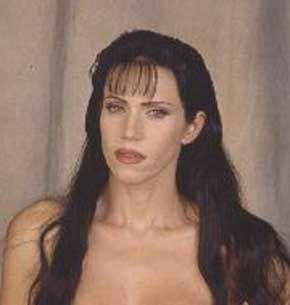 Valentine is alive and kicking and is currently 60 years old.
Please ignore rumors and hoaxes.
If you have any unfortunate news that this page should be update with, please let us know using this .

Valentine Demy was born in Milan, Italy. She began working as a waitress 6 months shy of her 17th birthday. She also began appearing in local newspaper adds as a model, and began modeling lingerie one year later.It was one of her lingerie adds that brought her to the attention of Director Joe D'Amato. He signed her as his female lead for the erotic thriller Pomeriggio Caldo. Valentine played the role of Connie, a wife who had been swept away into adultery by a mysterious cult. Appearing in several erotic scenes, Valentine became known more for her sexual presence than her acting abilities. Her breakthrough role resulted in her appearing in several erotic thrillers over the years, including another reunion with Joe D'Amato in Dirty Love.Valentine also starred in the independent movie "Intimo" in which she played the role of Lora in 1988. She followed this up with a sensual potryal as Eva in "Casa di piacere".By the late 90's however, Valentine began appearing regularly in adult dating adds, and performed in Live Adult shows with her long-time girlfriend Elena Grimaldi.This resulted in her entry to the adult business. She began appearing in adult movies from 1998 and to-date has made over 40 adult films.Her adult career, which has been more successful than her mainstream movie career, has made her one of the most popular and famous porn-stars in Italy. She has also built a reputation as being willing to stretch the limits in her adult career, which is evident by the amount of extreme scenes she has done so far.The crowning moment of this was visible in 2008 when Valentine appeared at the annual Live Sex Show Misex and demonstrated a performance that won her the 2008 Adult performer of the year award.A journey that began as the sexual Connie in Pomeriggio Caldo has today resulted in her being one of the most famous exports from Italy.