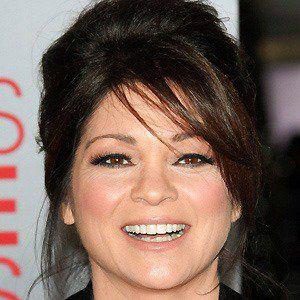 Valerie is alive and kicking and is currently 62 years old.
Please ignore rumors and hoaxes.
If you have any unfortunate news that this page should be update with, please let us know using this .

Does Valerie Bertinelli Have the coronavirus?

Valerie Anne Bertinelli is an American actress. She is known for her roles as Barbara Cooper Royer on the sitcom One Day at a Time, Gloria on the drama series Touched by an Angel (2001-03) and Melanie Moretti on the sitcom Hot in Cleveland (2010-2015).
In the 2005 One Day at a Time Reunion Special, Bertinelli was reunited with fellow cast members Bonnie Franklin, Mackenzie Phillips and Pat Harrington, Jr. to watch memorable clips from the original show's nine seasons. They talked about actors who had left the show as well as Phillips' drug problem, which had wreaked havoc on the set and caused Phillips to be fired from the show.

Bertinelli married Eddie Van Halen on April 11, 1981. They have a son, Wolfgang (born March 16, 1991). The couple separated in 2001 and divorced on December 20, 2007. In her autobiography, Bertinelli indicated the main reasons for her divorce were her husband's cocaine addiction and his refusal to quit smoking despite being diagnosed with oral cancer and losing one-third of his tongue in the treatment process.
In May 2010, Bertinelli announced her engagement to financial planner Tom Vitale, with whom she had begun a relationship in 2004. They were married on January 1, 2011 in Malibu, California, with Bertinelli in a custom-made dress by designer David Meister. Both her ex-husband, Eddie, and her son, Wolfgang Van Halen, attended the wedding.