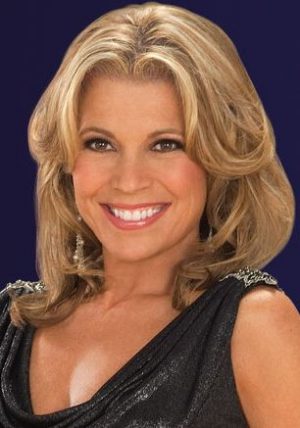 Vanna is alive and kicking and is currently 65 years old.
Please ignore rumors and hoaxes.
If you have any unfortunate news that this page should be update with, please let us know using this .

Does Vanna White Have the coronavirus?

Vanna White was born in Conway, South Carolina, not North Myrtle Beach as stated on the site. Her mother and stepfather, Herbert White raised her in North Myrtle Beach. This is shown on several other sites, including promotional sites from the cities of both Conway and North Myrtle Beach. I am 59 and had used White Realty which was run by her stepfather, Herbert White to rent beach houses all my life. Conway is inland from North Myrtle Beach by about 15 miles.
In 1988, she appeared in the NBC television film Goddess of Love, in which she played Venus; Betsy Palmer co-starred as Juno. The film was panned universally by critics, with TV Guide joking that White's acting was "wheely" bad. Film historian Leonard Maltin added that the picture was "bottom-of-the-barrel yet, on its own terms, a must-see".

White dated Playgirl centerfold/Chippendales-dancer-turned-actor John Gibson in the 1980s, and they eventually became engaged. In 1986, Gibson was killed in a plane crash. White married restaurant owner George Santo Pietro in December 1990. White first became pregnant in September 1992, and announced her pregnancy on an episode of Wheel of Fortune where "Vanna's pregnant" was the answer to a puzzle. She miscarried shortly after the episode's taping. White later had a son, Nicholas, born in 1994 and a daughter, Giovanna (Gigi), born in 1997, from her marriage to Santo Pietro. The couple divorced in November 2002.
From 2004 to 2006, she was engaged to businessman Michael Kaye, senior partner in a large leveraged buyout fund based in southern California. The two never wed.